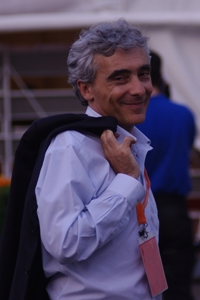 Tito Boeri is full professor of economics at Bocconi University, Milan (where he had been also Dean for Research until Fall 2014). He was Centennial Professor at the London School of Economics, where he is currently Senior Visiting Professor. From March 2015 to February 2019 he was President of the Italian Social Security administration (Inps). His field of research is labour economics, redistributive policies and political economics. He is Scientific Advisor of the Fondazione Ing. RODOLFO DEBENEDETTI, where he acted as Scientific Director since its inception in 1998 to 2015.
He is research fellow at CEPR, CEP-LSE, IZA, Netspar and Igier-Bocconi. Before becoming president of INPS, he was columnist for La Repubblica and collaborated with some foreign newspapers such as Financial Times and Le Monde. He is the founder of the economic policy watchdog website www.lavoce.info, in the editorial board of www.voxeu.org, and the Scientific Director of the Festival of Economics in Torino.
After obtaining his Ph.D. in Economics from New York University, Tito Boeri was senior economist at the Organisation for Economic Co-operation and Development (OECD) from 1987 to 1996. In this position, among other things, he coordinated all the work carried out by the OECD in the field of human resource policies in the central and eastern European economies in transition after 1990. He was also consultant to the International Monetary Fund, the World Bank, The European Commission, the International Labour Office, and the Italian Governement.

The 3rd edition of The Economics of Imperfect Labour Markets by T. Boeri and J. van Ours is out! Visit this page for information.