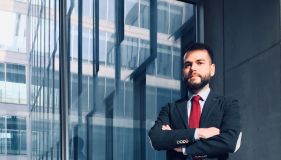 He completed his education in Germany and France, at the universities of Dresden, Heidelberg, Munich and Paris.

Since 2014 he has been teaching assistant for the chairs of Roman Law at Bocconi University and since 2019, at the same University, he is research fellow for Roman Law - responsible Prof. Federico Pergami.