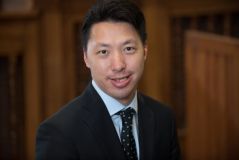 Prior to joining Bocconi, professor Jiang taught at Tulane Law School as a visiting assistant professor. He has also taught at City University of Hong Kong, Paris II and Trieste and conducted post-doctoral research at Max Planck Institute of Comparative and Private International law.  He has been a member of the New York State Bar since 2011 and a member of European Law Institute since 2021.

Jointly with James Gordley and the late Arthur von Mehren, professor Jiang is a co-author of the second edition of An Introduction to the Comparative Study of Private Law, a widely used comparative private law textbook. His publications can be found in journals such as Tulane Law Review (twice), Michigan State Law Review, NYU Journal of Law and Business, George Mason Journal of International Commercial Law, Pace Law Review, Journal of Civil Law Studies.

Prior to his academic career, professor Jiang practiced law for a number of years and clerked briefly at the Chinese Supreme Court.