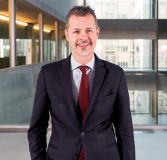 Born in 1966, he studied at the Università degli Studi, Milan and later at the Munich University, Germany. He obtained a PhD in Criminal Law from Pavia University in 1998, under the supervision of Prof. Giorgio Marinucci. From 2012 to 2018 he has been Secretary General of the Société Internationale de Droit Pénal. From 2015 to 2018 he has been a member of the Board of Directors of the International Institute of Higher Studies in Criminal Sciences (ISISC), of which he is now an honorary member. He is also a member of the Board of Directors of the Italian group of the Association Internationale de Droit Pénal (AIDP), as well as of the Scientific Committee of the Silvia Sandano Association. He was a member of the Minister of Justice’s Commission on Reform of the Statute of Limitation (2012-2013) and of the Prime Minister’s Commission on Implementing the Fight against Organised Crime (2014). He has delivered several advisory reports for the Crown Prosecution Service and the Serious Fraud Office for England and Wales. In October 2015 he was awarded with the Fondazione Fratelli Confalonieri Prize for his academic performance.

He has been serving as Judge of the Italian Constitutional Court since March 2018.

From 1995 to 2004 he served as a research fellow and later as ad associate professor at the Brescia University, where he lectured Italian and Comparative Criminal Law. From 2004 to 2016 he served as a full professor at the Università degli Studi, Milan, where he lectured Italian and European Criminal Law and from 2015 to 2016 was the director of the PhD program in Legal Studies “Cesare Beccaria”. In November 2016 he became full professor of Criminal Law at the Bocconi University.

He is regularly invited as a visiting lecturer by the Italian High School for the Judiciary and has given lectures and conferences at several international institutions, such as the Max-Planck-Institut für ausländisches und internationales Strafrecht in Freiburg, the Collège de France in Paris, the Universidad Nacional Autónoma de México (UNAM), the Universitat de Barcelona. Since 2010 he regularly teaches at a master in criminal law at the Centro de Estudios de Derecho Penal of the Universidad de Talca in Santiago (Chile).

He is member of several international research projects, among which a project funded by the EU on harmonisation of sanctions within the European legal space, directed by Prof. Satzger of Munich University. He is Editor-in-Chief of the on line law journal “Diritto penale contemporaneo-Rivista trimestrale”.

He is the author of three monographs on necessity (2000), the concept of violence in criminal law (2002), and the proportionality principle (2021), and the co-author of another book about crimes against liberty (2015). He is co-editor of six books on organised crime, recent criminal law reforms, Europe and criminal justice, anti-terrorism laws. He has published more than 140 papers. For a complete list of his publications, see the personal page and CV.