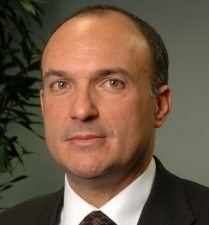 Carlo Mammola graduated with honors in Engineering from the Polytechnic of Turin (1982) and achieved an MBA with honors at SDA Bocconi Management School (1984).

He got the post-graduate specialization in Decision Analysis at Intelligent Decision Systems, one of Stanford Business School’s education and research centers in Palo Alto, California (1986).