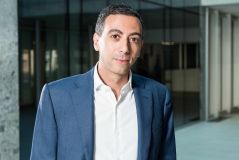 Associate Professor at the Department of Economics "Ettore Bocconi". Associate Director of the Bocconi Experimental Laboratory for the Social Sciences (BELSS). Research Affiliate at Centre for Economic Policy Research (CEPR), the Innocenzo Gasparini Institute for Economic Research (IGIER) and the for Data Science and Analytics (BIDSA). His research interests are in political economy, experimental economics, behavioral economics and microeconomic theory. His work has been published in leading international journals including the American Economic Review, the Journal of the European Economic Association, the American Political Science Review, and the American Journal of Political Science. In the past, he served as Assistant Professor in the Department of Political Science at the University of California San Diego (2012-2013) and in the Department of Political Science at the Columbia University in the City of New York (2013-2015).  He was recently awarded a European Research Council Starting Grant for a five-year project on the "Behavioral Foundations of Populism and Polarization" (POPULIZATION).

For a complete list of publications (with PDFs), please go to my Personal Webpage.