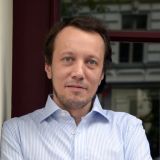 Piero Stanig is Assistant Professor of Political Science at Università Bocconi in Milan, Italy.
His research agenda spans comparative politics, comparative political economy, and statistical methodology. His work appears in the Journal of Public Economics, Electoral Studies, and the American Journal of Political Science. Piero received his Ph.D. in Political Science from Columbia University. Before coming to Bocconi, he taught methodology, political science, and political economy at the LSE for three years and at the Hertie School of Governance for another three. He was a pre-doctoral fellow at the Alexander Hamilton Center for Political Economy at NYU, where he taught courses on political and bureaucratic corruption. He is also a member of the Advisory Council of the Ibrahim Index of African Governance.

"Regulation of Speech and Media Coverage of Corruption: An Empirical Analysis

of the Mexican Press." Forthcoming, American Journal of Political Science.